What change am I talking about? The change is 1) Black women, forever, wearing only a bald head, an Afro, or SisterlocksTM, and 2) Black men, in your warmest, sincerest, and tactful manner, ask Black women to adopt bald head, Afro, and SisterlocksTM hairstyling. That is the change. Why SINGLE YOU OUT, PUT YOU ON BLAST, CHRISTEN YOU among the nearly eight BILLION people living in the world? Well, SOMEONE has to take the lead, appear in public CONFIDENT, NOT ASHAMED, AND UNAPOLOGETIC about Black women ONLY wearing bald heads, Afros, and SisterlocksTM. ATTENTION Black haircare professionals, Black sorority presidents, Black female pastors and church first ladies, Black elected governmental female officials, parents raising Black daughters, Black entertainers, Black female media figures, and Black men married to all of them, 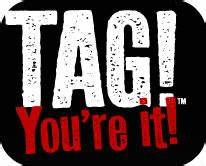 DO NOT THINK you will stand as the world’s only parents making unilateral hair choices for their daughters! Parents in SOME African cultures unilaterally make hair decisions for their daughters. In some Ghanaian, Nigerian, and Togo cultures, parents AND governments require their school-age children wear short natural hairstyles until they graduate high school. Their requirement guarantees homogeneity: every student dons the same hairstyle. Their children go to school without competing with fellow students for best hairstyle honors and without shedding tears over bad haircuts or hairstyle days. This requirement ensures their children go to school without hair distractions since hair does not cover their faces, always appears neat and presentable, and does not develop a fertile bed for lice. Black fathers, DO LIKEWISE AND FOLLOW SUIT! In your American social circle, you may find yourself the pioneering parents after making your school-age daughters wear short Afro or near-bald hairstyles. Do not let your pioneering ways make you fret loneliness or ostracism. Other parents will notice your daughters’ haircare and QUICKLY follow your lead. Shortly, more parents will recognize the financial, health, time, social, and academic logic and benefits of your daughters’ wearing short natural hairstyles and will insist their school-age daughters also do likewise.

EXPECT SOME PUSHBACK FROM YOUR DAUGHTERS.  Expect some of your daughters to disagree with your hairstyle choices. In the short run, they may even HATE wearing your chosen hairstyles and behave in ways VERY TAXING to your patience. Stay FIRM BUT TACTFUL in reminding them about the logic and benefits of your hairstyle decisions. In the long run, they will value their hair and scalp not suffering the same traumas and destruction common among their peers and Black women of generations past.

Yes, in the short run, you will lose some clients and consequently suffer some financial losses. Even the best education will fail to stop some of your clients from leaving you and seeking haircare elsewhere. In the long run, however, if you hold firm to NEVER AGAIN offer relaxer and curly perm services, many of your lost clients will return to you DEMANDING bald head, Afro, or SisterlocksTM haircare. Think about this fact: did the market ask your permission to go from 8-track tapes to cassette; to floppy disks to CDs to flash drives; from videocassettes to DVDs; from desktop computers to laptops and pads? NO, THEY DID NOT! And you adjusted your lifestyle to those changes, DID YOU NOT? Of course you did! Many Black women will behave likewise. Again, if you thoroughly educate Black women on the physical, emotional, and financial DANGERS of relaxed and curly perm hairstyling and BENEFITS of only wearing bald heads, Afros, and SisterlocksTM, then they eventually will stop demanding relaxer and curly perm services and will return to you EAGER to spend their money on your bald head, Afro, and SisterlocksTM haircare.

Female Pastors and Church First Ladies, your members also will model your behavior. Many of them will honor ANY dress code you establish and model. If you wear a bald head, an Afro, or SisterlocksTM, to honor your dress code and to feel one with you, they also will adopt that hairstyle.

Some Authority Personnel can establish dress codes for their organizations. If your organizations grant you that authority and you want to make your Black female members and employees FEEL VALUED, then OFFICIALLY MAKE dress codes reflect bald heads, Afros, and SisterlocksTM as acceptable hairstyles. Do you fear employer BACKLASH from you action?  Do not! Most employers will gladly accept Black women wearing refined, stylish, and image-flattering versions of bald heads, Afros, and SisterlocksTM. They will NOT ACCEPT Black women wearing the ARTIEST, DISHEVELED, MULTI-COLORED, UNSTRUCTURED ONES! 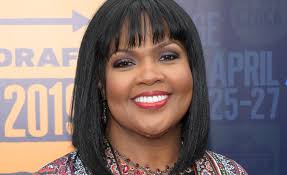 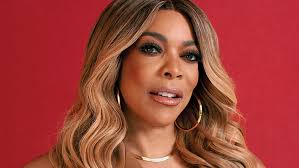 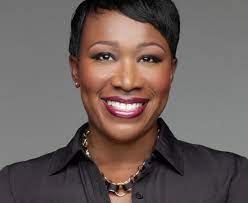 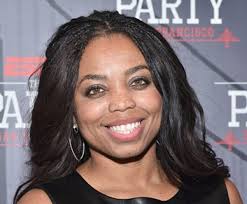 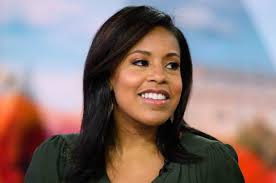 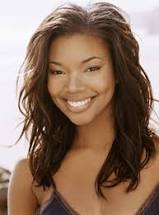 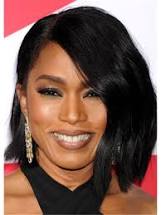 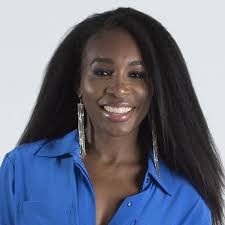 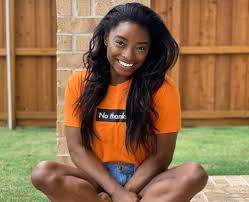 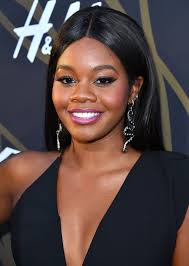 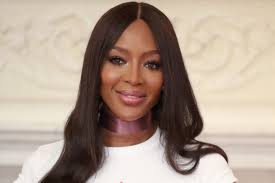 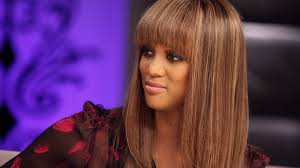 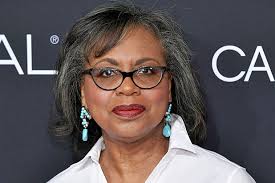 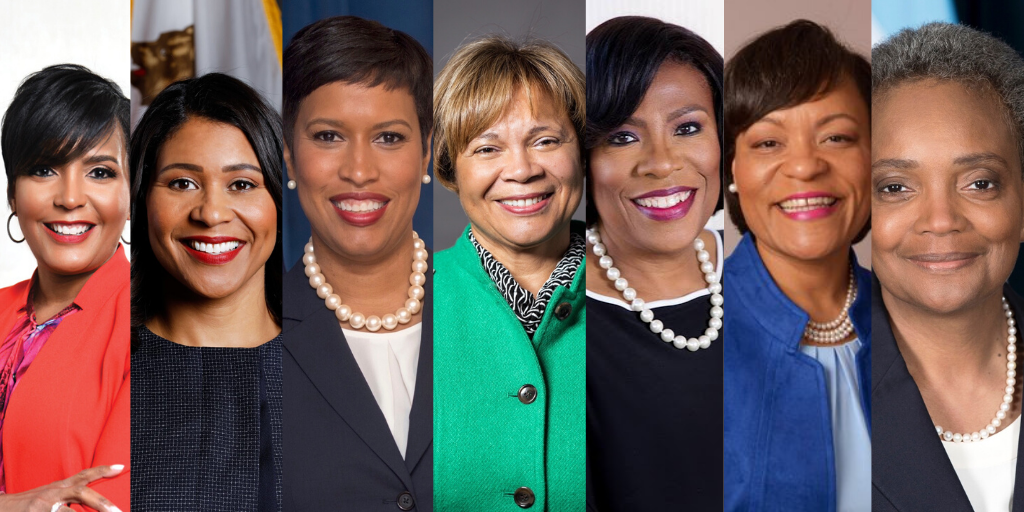 Again, what would happen if the aforementioned women started wearing bald heads, Afros, or SisterlocksTM? Black women WORLDWIDE would take STRICT notice, STRONGLY identify with them, take IMMEDIATE courage, and start balding their heads and wearing Afros and SisterlocksTM.

PLEASE UNDERSTAND, not every Black woman will support your efforts. Black women will suffer some casualties. Despite medical warnings and physical and financial evidence of WIDESPREAD IRREVERSIBLE hair and scalp damages, some Black women INTENTIONALLY will not heed those warnings and evidence and stop using relaxers and curly perms. Some Black women will HAPPILY continue practicing relaxed and curly perm hairstyling with VERY LITTLE TO NO REGARD for those practices destroying their health, finances, emotions, and reputations. As the saying goes, “NOT EVERYONE WANDERING IS LOST”. For Black women staying loyal to relaxer and curly perm hairstyling, consider them beyond your help and tactfully, sympathetically, and empathetically WITHDRAW YOUR CONCERN for their haircare. Is such a HARD-LINE approach necessary? Yes, VERY necessary! You canNOT save every Black woman from hair and scalp damages. You will waste your energy mourning Black women not interested in that kind of salvation. Consequently, nothing you can do will stop their hair, health, finances, emotions, and reputations from dying a slow and agonizing PUBLIC death. 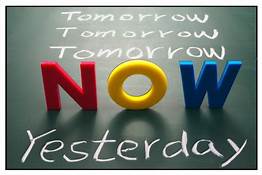 Why the rush?  The physical, emotional, and financial suffering of AT LEAST THREE GENERATION of Black women demand immediate attention. At least three generations of Black women have endured IRREVERSIBLE hair and scalp damage, CHRONIC emotional challenges, and persistent PSYCHOLOGICAL issues from wearing relaxed and curly perm hairstyles. Let us not forget about the financial drain from Black pocket books. Some research results value the Black haircare industry at $2.5 BILLION with Black women annually spending $473 million in total haircare, NEARLY NINE TIMES MORE than women of other ethnicities. Unfortunately, these statistics do not accurately reflect the amount of money Black women spend on their hair. MOST research on Black haircare reflects VERY CONSERVATIVE industry valuations and annual spending totals. Why? They do so because they EXCLUDE Black women’s spending on accessories, wigs, or electric styling equipment. Now, if THAT SPENDING were included in Black haircare statistics, Black haircare activity would record industry valuations and annual spending totals possibly TOPPING the wealth of some third world nations. Also, think about the number of Chinese, Indian, Arab, and Korean manufacturing, distributing, and retailing businesses Black haircare spending has created. QUESTION: how many Black people have secured jobs with those businesses? Domestically and internationally, Black haircare has created hundreds, maybe thousands of jobs and gigantic profits for NON-BLACK people and companies, many and much of which Black culture reaps a PALTRY SHARE.

So, why the rush, you ask? Two reasons necessitate the rush. One, Black women can no longer endure the physical, emotional, and financial drain, shame, exhaustion, and embarrassment from their relaxed and curly perm hairstyling. They urgently, extraordinarily, and privately CRAVE AND SEEK RELIEF from those conditions. Two, and most importantly, Black women IMMEDIATELY want to enjoy their REMAINING life, as much as possible, wearing the version of bald head, Afro, or SisterlocksTM making them look and feel their physical, emotional, and financial best.